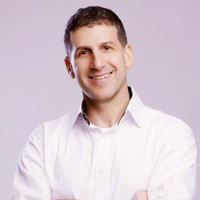 Steve moved to what was then Czechoslovakia in 1992, inspired both by his travels in East Germany during the Communist era and his Eastern European heritage. He has degrees in Finance and Accounting from the University of Texas at Austin (1988), and a MBA in Finance/Marketing from Kellogg’s Graduate School of Management (1992). Before embarking on a new career in import and distribution, he was a consultant with Price Waterhouse’s small-business practice in Miami, Florida.